What we can learn from the Child Trust Fund experiment

Every child should have the opportunity to begin adult life with the best possible financial start regardless of background, location or education.

This idea motivated the last Labour government to introduce the Child Trust Fund (CTF) scheme, which offered parents of every new-born child a £250 voucher to open a long-term savings account which could be invested or held in cash until the child’s 18th birthday.

The scheme was the first large-scale experiment in encouraging the generations of tomorrow to save for the future and was the closest the UK has ever been to a universal saving scheme.

Since being canned in 2011, the scheme has largely fallen off the radar and ongoing engagement with the accounts has been poor.

It is for these reasons the scheme is unlikely to be remembered as a runaway success, given the whole idea was for the accounts to revolutionise long-term savings among young people. But this does not mean that the scheme should be written off and confined to the history books.

The universal nature of the vouchers meant that every child, regardless of their socio-economic background, received or will receive a pot of money on their 18th birthday to kick-start their financial future.

During the nine-year life of the scheme, which ended in 2011, over 6.1m accounts were opened by parents, with over four-fifths of these opened as investment-based accounts.

For some, this pot may only be modest, particularly if the account was held in cash and received no additional contributions, but it is a pot nonetheless. Even a small pot of money can make a big difference to someone on the cusp of adulthood, whether it’s for further education, training or to start a business.

And by design, virtually every single child born during the life of the scheme had access to a long-term savings product to invest in their future.

But this feature was lost in the transition to Junior ISAs (JISAs). Parents of new-born children today do not receive any assistance to save for their child’s future if they could otherwise not afford to do so.

That’s why Quilter is proposing that the government take inspiration from the CTF scheme by giving parents who receive universal credit or child tax credit the opportunity to start saving for their child’s financial future.

Called the ‘Help for Tomorrow’ scheme, we propose the government provides funding for 200,000 JISA opening vouchers worth £250 each to parents of new-born children who receive either universal credit or child tax credit, as well as a 15% contribution top-up to encourage ongoing contributions to the JISA.

The vouchers will not be mandatory, and instead parents will have to apply to receive one from the government. This means they will have to make an active decision to start saving for their child’s future and, combined with the ongoing contribution incentive, should help promote ongoing engagement.

Taken together, such a scheme would cost the government around £70m per year, broadly in line with the ‘Help to Save’ scheme, which costs around £70m each year and under a third of the yearly cost of the CTF scheme.

This is a small price to pay for improving the financial resilience of tomorrow’s generation. The ONS reported last year that one-in-four young adults struggle with money, and research from the Money Advice Service suggests that over 16 million people in the UK have savings of less than £100.

Having a savings pot to call on is vital for financial resilience, and for protecting against problem debt. Everyone should have the opportunity to save for their financial future, so it’s time the government levelled-up children’s long-term savings by providing a new scheme to help boost financial resilience and to help the next generation cope with the financial challenges of tomorrow. 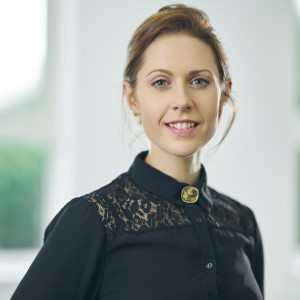