The page you were trying to view is not available for your role.

To sum up 2022, Collins Dictionary recently announced ‘permacrisis’ as its word of the year. Given the events that have unfolded this year and the feeling that there is bad news everywhere we turn, it is perhaps unsurprising to see words like this pop up in our lexicon.

This has been one of the toughest environments on record with the vast majority of asset classes and sectors on course to deliver significant negative returns over the year.

Looking back, we have had as many destabilising events in 2022 as you would expect across a five- or ten-year period, with the Russian invasion of Ukraine the most significant. Adding to this has been non-transitory inflation that has brought on a cost-of-living crisis, rising interest rates as global growth slows, supply chain disruption and regular political volatility, particularly here at home in the UK. 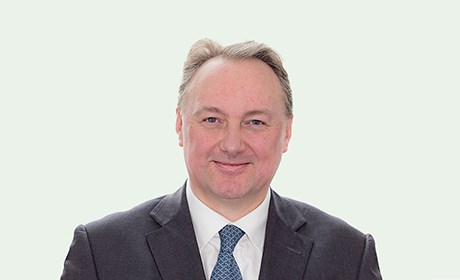 As we approach the end of what has been a difficult year, it is natural to look ahead into 2023 and unfortunately the picture does not look pretty. The Bank of England expects the UK to be in recession throughout 2023, while the global picture also looks strained. There is a lot of bad news and angst out there, with perhaps more to come.

As such, markets are pricing in a tougher environment and are very much expecting things to get worse before they get better. However, this feeling of ‘permacrisis’ could also present itself as the biggest risk out there for investors currently.

The latest Bank of America Global Fund Manager Survey has cash levels currently at 6.3%, the highest level since April 2001. Its Bull & Bear Indicator is also pointing to an ‘extremely bearish’ view as investors take cover waiting to see if the Federal Reserve can achieve the soft landing everyone hopes for.

This feeling risks putting investors on the side-line at the exact time they need to be in the game. Investors would be minded remembering Warren Buffett’s famous adage of “be fearful when others are greedy, and greedy when others are fearful”.

Yes, markets are pricing in worse to come, but they are also inherently forward looking. They are expecting the worst and as such investors may not be prepared for news to start emerging that is less bad than feared or that even paints the picture of an improving backdrop.

The Federal Reserve remains in hawkish mode given the strength of the US consumer and jobs market, but the tightening will end eventually, and inflation will begin to moderate – though the pace at which it does will be watched closely. With Russian forces supposedly on the back foot in Ukraine, there is the potential for an easing in tensions across Europe, and thus we could see a weakening of inflationary pressures. This may not be an outcome that is likely in the short-term, but the unpredictability of warfare means we cannot rule it out.

The point is it isn’t going to take much for markets to rally from this point. It may even just be a morsel of good news that just puts people back at ease and for volatility to calm. And when markets do decide that the bottom has been reached, history tells us the bounce back will be strong. Like an elastic band, they snap back hard before returning to their normal state.

Even if we aren’t at the bottom, it is times like this that investors need to make sure they continue to be active participants in the market. Buying assets at depressed prices is a better strategy than buying when everything is rosy, or even worse sitting and waiting for the next risk to emerge.

We won’t necessarily know when we have reached the bottom until after the fact, but it is important to be present when it happens. We have been fearful for some time but the ‘permacrisis’ won’t last forever. Perhaps the time to be greedy is on the horizon.

This article has been produced by Investment Week.

Reasons to be positive

Ian Jensen-Humphreys and Sacha Chorley, portfolio managers of the Cirilium Blend Portfolios explain why they remain upbeat about the prospects for markets.