The page you were trying to view is not available for your role.

According to the FCA’s new Consumer Investment Strategy, 8.6 million people are saving more than £10,000 in cash which for many could be working much harder if invested.

People in the UK hold billions of pounds in cash ISAs even though the average rates of return are currently below the rate of inflation. With inflation now at over 3%* - more than the average cash ISA - this will mean your cash ISA could be losing money in real terms, by having less buying power in the future than you think.

According to the latest figures, over half of the £620 billion ISA market sits in cash ISAs where investors do not know what their rate of return is**.

Even more cash is likely to have been parked in ISAs for months as household savings increased dramatically due to lower spending and people setting more money aside due to fears about the economy.

Are you one of the millions who could be better off with an alternative to a cash ISA?

Cash ISAs have, for a long time, been an easy way to save money with comparatively little risk. But the time may have come when it’s worth looking at alternatives, with the potential for greater returns. Invested monies can work harder, with their purchasing power having a better chance of protection against the effects of inflation.

“This is a cash crisis. We estimate that over £100 billion is held in cash ISAs where the holder doesn’t know the rate of return.

“Many will be losing money in real terms because the purchasing power of their money is reducing over time, due to their bank paying less than the rate of inflation.

“The problem has been exacerbated by the Covid-19 pandemic, with banks cutting their rates at a time when households are building up cash reserves. The situation has been made even worse with NS&I (National Savings and Investments) choosing to cut the rate of return on its products.

“Many people invest in cash because the prospect can seem overwhelming, or they don’t know how much they can actually afford to invest. A good rule of thumb is to save six months of your salary in cash and then invest in a spread of different assets that can deliver a long-term return. But everyone’s circumstances are different, which is why it’s important to seek your own individual financial advice.

“For some people financial advice is crucial so they can create a financial plan, factoring in potential changes in circumstances, and then allocate your money accordingly.” 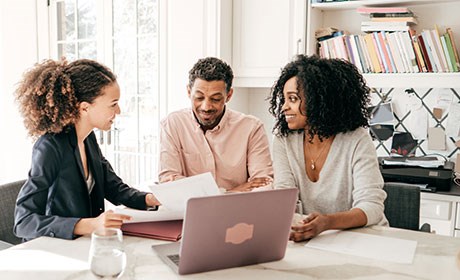 Financial advice could help you to protect your savings from inflation

Research demonstrates that people who seek the help of a financial adviser tend to be more successful investors over the longer term***.

After getting to understand you, your long-term goals and your attitude to risk versus potential returns, your adviser will help you to create a financial plan that’s unique to you.

If you have a financial adviser, it’s well worth speaking to them about your cash ISA and whether it’s still meeting your needs. If you are looking to generate a real return (i.e. above inflation) over the longer term, they can seek to identify a suitable solution for you.

Please remember though that your investment may fall or rise in value and you may not get back what you put in.

If you don’t have an adviser, you can get in touch with one of our financial experts.

Record low interest rates and inflation means the nation’s cash savers are struggling to get a decent return.

Budgeting: How to make sure you don’t short-change yourself on life

Budgeting is important, but it doesn’t always have to mean spending less.

ESG sits at the heart of all responsible investing. We explain what it means and how it can help you achieve more than just a financial return.