We’re failing our kids by not educating them about money

We’re failing our kids by not educating them about money

Child poverty has found its way to the top of the news agenda in the past number of months, thanks to Marcus Rashford’s free school meals campaign. The policy ask covers an immediate need to feed hungry children, but there is much more government should be doing to tackle the long-term solutions to child poverty and that includes helping children to develop a healthy relationship with money. It’s about creating good behaviours and habits as well as building skills and knowledge, and for that reason it can’t be ‘dealt with in maths’ – financial literacy is about more than being numerate.

Money consciousness and attitudes are set at the age of seven, according to research from the Money Advice Service. However, financial education remains absent from primary school teaching. This is despite the fact we have seen a huge economic upheaval that large parts of the UK population have struggled to cope with.

A survey of more than 7,000 people, conducted by the Financial Conduct Authority during the coronavirus pandemic, found 12 million people in the UK had low financial resilience. And an astounding two million of those who are not financially resilient have become so since February 2020. This is a health crisis that has extended into an economic crisis, exposing our financial vulnerabilities.

This makes the need for financial education obvious; financial resilience is something that seems to be expected of people and yet they have not been given the tools or skills to understand what that means and how they can reach it.

To put it another way, we wouldn’t throw our children into a swimming pool without lessons. And yet we send young people out into a world where they have to deal with their finances and cross our fingers that they don’t get into financial difficulty and drown.

And then we’re shocked at the outcome. More than that, we become obsessed with quick fixes to help them stay afloat without teaching them to swim.

Payment holidays and breathing space schemes for debtors are great examples of this, but you can also question longer-term policies like auto-enrolment. It is lauded as a hugely successful policy, and with good reason as it has brought a vast number of younger people into retirement saving. But now government and industry are trying to solve the ‘engagement problem’. In other words, people are saving money, but don’t really pay attention to it, understand what they need to be doing and don’t know where to go to for support.

This problem shouldn’t be a surprise. It is incredibly difficult for people to engage with something they don’t understand or see as important.

Some people may argue that financial education should be something that is taught at home. That it’s a parent’s duty to ensure their children know how to save and understand the power of delayed gratification. However, this falls into a similar debate as the one around free school meals. Parents may be responsible for their child, but equally they will not always be equipped to fulfil this need; in this case with the skills, knowledge or time to teach what is required.

As the pandemic exposes more social and economic inequalities, financial education can act as an equalising force, affecting and hopefully improving a child’s life chances by giving them a good grounding in financial matters from an early age. Making it a compulsory part of the primary curriculum will mean that no matter a child’s background or postcode, they will have the opportunity to acquire the skills and behaviours that are vital to manage money and build a secure financial future, thereby reducing the numbers of people getting to the kinds of difficult situations from which it takes years to recover.

Other critics, including the government, believe that being competent with numbers equates to being good with money. While basic numeracy skills are helpful for budgeting and saving, many of our financial habits are motivated by our attitudes and behaviours learned at a young age, and not by our ability to do complex maths.

Another critical part of financial education is giving people the emotional resilience to feel like they can cope with financial challenges that will inevitably come their way. We know that financial wellbeing goes hand in hand with mental wellbeing so let’s recognise the link and do something about it before we create a generation of people who are financially and mentally sick.

The upheaval driven by the Covid-19 pandemic has caused, as it rightly should, a great deal of reflection. But that reflection is only as powerful as the action is causes and currently, we are wasting the opportunity and by doing so we are failing the next generation.

How Quilter is empowering young people through financial education

Through our charity, The Quilter Foundation, we fund and support money lessons for thousands of young people in primary and secondary schools around the country - including in Southampton, London and the Isle of Man -  in partnership with MyBnk and Kickstart Money. Find out more here. 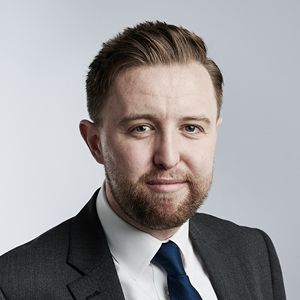