A solution to financially empower a generation

There are myriads of motivational quotes about how you’re never too old to learn something new. That may be the case, but it’s scientifically proved that learning gets harder as we get older, hence old dogs really do find it harder to learn new tricks.

With this in mind we need to be conscious to teach the upcoming generations the important life skills they need while they are young. With the financial crisis a memory that still burns in people’s minds, inflation eroding people’s money, and housing costs at stratospheric levels, financial skills are more important than ever. This is particularly relevant as we transition into a cashless society where just tapping your card repeatedly can rid you of your entire month’s wages.

While teaching seven year olds about budgeting might seem a bit extreme. Substance, an independent research group, has found that seven to eleven year olds are able to gain skills like household budgeting, deferred gratification and the costs of living.

Over the past year a collective initiative, KickStart Money, brought financial education to schools across the country. The courses, delivered by award winning charity MyBnk, were part of a year-long academic study.

Independent research group, Substance, analysed data from 1,444 pupils and 187 teachers at 86 schools participating in programmes with the charity MyBnk and it was funded through the Money Advice Services’ What Works project.

The study found that after exposure to financial education 91% of pupils understood that concept of delayed gratification, a 23% increase. Meanwhile, 24% of those who couldn’t distinguish needs from wants before could do so at the end of the year and 70% of the follow-up sample were working towards a savings goal three months after the lessons.

The government has recently stated that the revised maths curriculum for primary schools will provide children with financial education. Unfortunately, today’s adults are likely to argue, that no matter how good they are at maths, it’s not helping them make the right behavioural choices towards a balanced budget that allows them to save for their extended life or buy their first home instead of taking the next phone upgrade.

Study after study has revealed terrifying statistics of the nation’s lack of financial capability. These should be acting as a very serious wakeup call and reveal just how vulnerable the average UK family is in terms of financial wellbeing.

The FCA’s recent reports on the financial lives of UK adults has revealed 4.1 million adults are in ‘difficulty’ because they missed bill payments or credit commitments with 3.1 million adults facing high cost loans. These difficulties are starting from a young age as 18 to 24 year olds are already potentially vulnerable.

In fact a separate report from the OECD has found that an astonishing 96% of teenagers worry about money every day.

We now have a solution that is proven to work – financial education from a young age. Making this compulsory part of the curriculum will mean that no matter a child’s background or postcode they will have the opportunity to achieve prosperity and a secure financial future.

helping the next generation to develop the vital skills to have a secure financial future should be a priority for government, regardless of the political backdrop and an despite all eyes being on our departure from the EU.

A growing number of politicians are recognising the importance of financial education from a young age. As the voices grow louder we urge government to listen, learn and act. By making financial education a compulsory part of the primary curriculum we can help the generations of tomorrow.

KickStart Money is the work of twenty of Britain's leading savings and investment firms, brought together by TISA. The aim is to fill the gap in financial education provision in UK primary schools, by designing and delivering a scheme to at least 18,000 primary school children over the next 3 years. It has been evaluated by the Money Advice Service as part of the What Works initiative, with the ultimate target being government adoption of it as part of the National Curriculum. 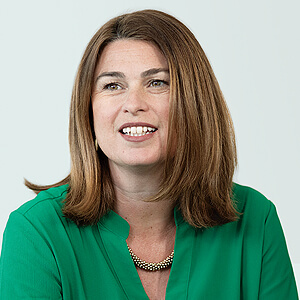 Jane joined Quilter in August 2015 and has over 20 years’ experience in institutional asset management, investment consulting and wealth management gained at Willis Towers Watson, HSBC and Janus Henderson. At Willis Towers Watson, Jane founded a new consulting business and research function focused on sustainable investment for institutional investors. Jane is a Non-executive Director of The Tax Incentivised Savings Association (TISA) and chairs an Old Mutual Wealth Pension Scheme. She is a Trustee of the Quilter Foundation.