For starters, we need to ask the right questions

Politicians have discussed the cost and value of freedom for centuries. These debates normally end up with the platitude that freedom is not free, it comes at a price.

Five million people in the UK have been swayed by the freedom offered by self-employment. And arguably this freedom to dictate their working lives also comes at a cost. It means they do not get the perks that come with having an employer – like an employer-funded pension – which can leave them exposed to financial uncertainty in later life.

This financial uncertainty is worrying, particularly when the government is taking a gradually declining role in supporting retirement income. In July the government announced that it would increase the state pension age at a quicker pace so that it keeps up with increasing life expectancy. Meanwhile, the future of the generous triple lock, which causes the state pension to ratchet up ahead of inflation and earnings is uncertain.

A large part of the rest of the population is benefitting from the successful auto-enrolment programme, which has already brought eight million into pension saving. However, for those self-employed people that had the ability to save for their retirement, automatic enrolment has passed them by.

With the auto-enrolment review imminent, there is now a discussion on how best to envelop the five million self-employed, who are at risk of being left behind by the UK’s pension system.

Whilst automatic enrolment has been successful for employees, its success is not a given for the self-employed.

There are obvious practical issues which will need to be addressed, such as the lack of an employer to act as facilitator. This issue is crucial. The success of auto-enrolment has a lot to do with the inertia element of behavioural economics to keep people in the scheme, in other words, trusting that most people simply won’t get around to opting out. However, it is presumptuous to assume this inertia extends to the entire self-employed population.

It is also entirely possible that overlaying the automatic enrolment framework could breed resentment and further disaffection amongst the entrepreneurial segments of the self-employed who value personal autonomy highly. For business owners, managing volatility in income is the biggest challenge and so taking the same deduction for saving every month does not fit their income stream. Life in self-employment moves with the market people operate in, which means they tend to favour certain products that “do not lock away their money” as pensions do.

So rather than ask how we adapt auto-enrolment to fit the self-employed, we should also be asking how we make a long term savings policy for this growing and diverse group of people attractive.

Part of the problem is that as self-employment has become more possible and popular, the population of this group has become less homogenous. Since the 2008 financial crisis, the self-employed have accounted for 40 percent of overall employment growth. During 2016 alone, the number of self-employed people increased by 83,000, contributing to a vast array of sectors from the new gig workforce to plumbers, hairdressers, accountants and bankers.

The absence of homogeneity suggests a multifaceted policy response will be required.

To develop the best policy solutions possible, it’s important to understand the current saving habits of the self-employed. The Pensions Policy Institute, sponsored by Old Mutual Wealth, has produced a comprehensive review of just that and has found that several common assumptions made about the self-employed are in fact, inaccurate.

Property is the popular investment choice of this group for retirement income. Twenty-seven per cent think property is more likely to be a key source of income for their retirement and that investment in property will make the most of their money. This preference could be because of some of its characteristics which appeal to the self-employed. For those that rent out these properties they benefit from the certainty and regular income that can help to smooth more unpredictable income sources.

Whether their assumptions about property as an ideal way to fund retirement are right or wrong is of course up for discussion. However, what it reveals is that before we jump to policy recommendations for the self-employed, we need to consider what their current saving strategies are and why they have chosen them.

While an auto-enrolment style policy is likely to have a role to play for some self-employed workers, it is not the silver bullet. We need to better understand the self-employed to ensure they have a better chance of financial security in later life. This means we need to ask the right questions first. 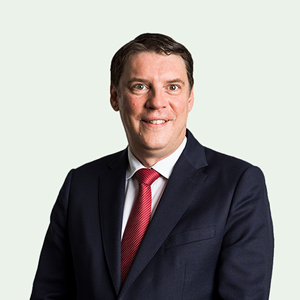 Steven has extensive experience in developing and distributing financial products, as well as in asset management and investments. Steven has been in his current role since October 2015 and has been instrumental in leading the implementation of the new investment platform. Prior roles include Global Head of Distribution and Managing Director of Skandia International (now Quilter International). He also served as Product & Proposition Director for Old Mutual in South Africa and globally for Old Mutual plc. Steven is a qualified Actuary and a Chartered Financial Analyst.