Time for government to act over online investment scams

There is no worse feeling than falling victim to a scammer. Not only have you suffered a financial loss, but you will be forced to live with the anger of having your trust betrayed by a sophisticated criminal and will inevitably experience the guilt of falling for the scam in the first place.

Rest assured you are certainly not alone. Fraud constitutes around a third of all crime in England and Wales, affecting roughly 7% of all adults each year. The vast majority involve a familiar theme: a suspicious text from your bank or HMRC, or claims that your account has been breached. In the majority of cases less than £250 is lost. Upsetting, but not the end of the world.

But there is one particular fraud typology which is not quite so widespread, but in each individual case losses can reach five, six or even seven figures.

This is brand impersonation or association scams, whereby organised criminals ‘clone’ the brands of reputable financial services firms, or claim a false association to a legitimate firm, in order to sell non-existent investment products using fake websites and paid adverts on search engines.

The scammers are based outside the UK and once the money has changed hands, the prospect of recovering any money is extremely low. Once more, the victims often do not realise the money has gone until months potentially years after the cash is handed over.

From January to 23 September 2020, our research has identified 314 firms whose brand has been ‘cloned’ by scammers, and which has subsequently led to a warning being placed on the FCA’s unauthorised firm warning list. This is already more than the 294 cases seen last year and a 110% increase on the number seen in 2016.

For victims, suffering this loss will be devastating. But for the industry too, a blurring of the lines between real and fake investments will likely knock consumer confidence and detract people from investing. Once more, the strain these scams have on the regulator will push up regulatory costs for all firms in the sector, with the potential for smaller firms to be pushed out as a result.

There is currently no legally enforceable system for compelling search engines to remove suspected scam adverts, and the FCA are largely powerless to intervene to protect consumers. In fact, the main thing they can do is to spend considerable sums on adverts themselves to warn consumers of the dangers of online investment propositions.

So what can be done about it?

The government has an opportunity to tackle these scammers by incorporating financial scams within scope of their flagship Online Harms legislation, which is due to be introduced to Parliament next year.

The proposed legislation will establish a new statutory duty of care to make search engine providers and social media companies more responsible for the safety of their users, and to tackle harm caused as a result of content or activity on their platforms.

All well and good, so what’s the catch? Well, the government’s initial white paper excludes financial harms and instead focuses on social harms such as cyber bullying, radicalisation and grooming. All essential aims, but the government risks missing a vital opportunity to take firm action to tackle impersonation and association scammers.

By incorporating financial scams within scope of the legislation, search engines and social media platforms would have a legally binding duty to remove scam adverts immediately when notified so that other internet users cannot be exposed to the same scam advert. They would also be required to improve their due diligence processes so that suspected scam adverts are unable to be hosted on search engines or on social media.

Brand impersonation and association scams are becoming more and more prevalent. It’s time for the government to take action to make the rules governing online investment propositions fit for the digital age. Of course, including financial scams within scope of the legislation will not be a silver bullet, but it would go some way to make it harder for scammers to slip through the net and sell their fake investment products online.

This article first appeared in Citywire on 13 October 2020 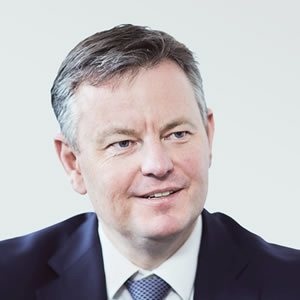 Matt Burton was appointed as Chief Risk Officer in May 2019 and has been instrumental in defining, setting and managing Quilter’s risk profile. Matt joined the business as Chief Internal Auditor in April 2016, in which role he built a highly effective Internal Audit team providing invaluable independent assurance and consultancy to the Board and Executive management. Prior to joining Quilter, he was a partner in PwC’s Financial Services Practice with responsibility for leading Internal Audit services to the Insurance and Investment Management sector. Matt has over 25 years’ experience across financial services having held senior roles in Credit Suisse, where he was Chief Auditor for EMEA, and Deutsche Bank. Matt is a member of the Institute of Chartered Accountants in England and Wales.