A tax flaw that no one seems willing or able to fix means that the lowest earning workers, the vast majority of whom are women, can miss out on £8,000 in pension savings over the course of their working life.

Unfortunately, it seems if pension problems don’t get much public limelight they fall by the wayside of the political agenda, into a bucket that is deemed too complex to find a simple solution for.

This is not through any fault of their own, or from any choice made by them individually.

It assumes the same 4 per cent net investment growth after charges in both cases, and a retirement age of 68.

The shortfall is purely because a quirk in the tax system means many on a lower pay rung are not receiving Government tax relief into their pension pots, because their employer has put them in a ‘net-pay’ scheme, while other workers who are in a ‘relief at source’ scheme receive the top up.

This inequality falls outside an employee’s scope to fix and is highly detrimental to their future wealth.

The lottery of what type of pension scheme your employer signs up to undermines the entire purpose of auto-enrolment, which is to encourage equally rewarding savings no matter who you are.

Auto-enrolment’s crowning achievement has been ensuring widespread saving. Through the power of inertia it has pushed masses of the population into retirement saving.

And this is not a finite problem nor one that will disappear given enough time. In fact, the exact opposite - more and more people will fall foul of this pension scheme lottery.

In October last year the then Chancellor, Philip Hammond, committed to creating an economy that worked for all.

However, he then proceeded to exacerbate the net pay issue by increasing the personal allowance to £12,500.

Increasing the allowance, which is a pretty regular occurrence in the Budget, widens the gap between the auto-enrolment threshold and the basic rate of income tax.

This means more people than ever, who are doing what they should by saving into a pension, are now losing the Government pension tax relief top-up.

On top of the growing gap created by the Government, we are seeing an increase in multi-jobbers.

Many people who have several jobs with lower pay will miss out on the Government top-up more than once and it will accumulate to have a dramatic impact on their future prosperity.

If the new Prime Minister and Chancellor want to make names for themselves by fixing issues and quirks in the system that are unfairly impacting working people then the net pay issue should be high on their agenda, even if it isn’t dominating front pages. 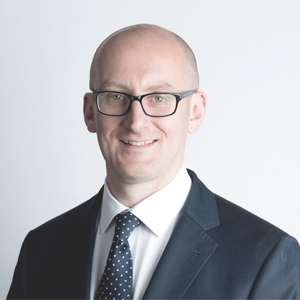